Theosophy or on the long path of truth 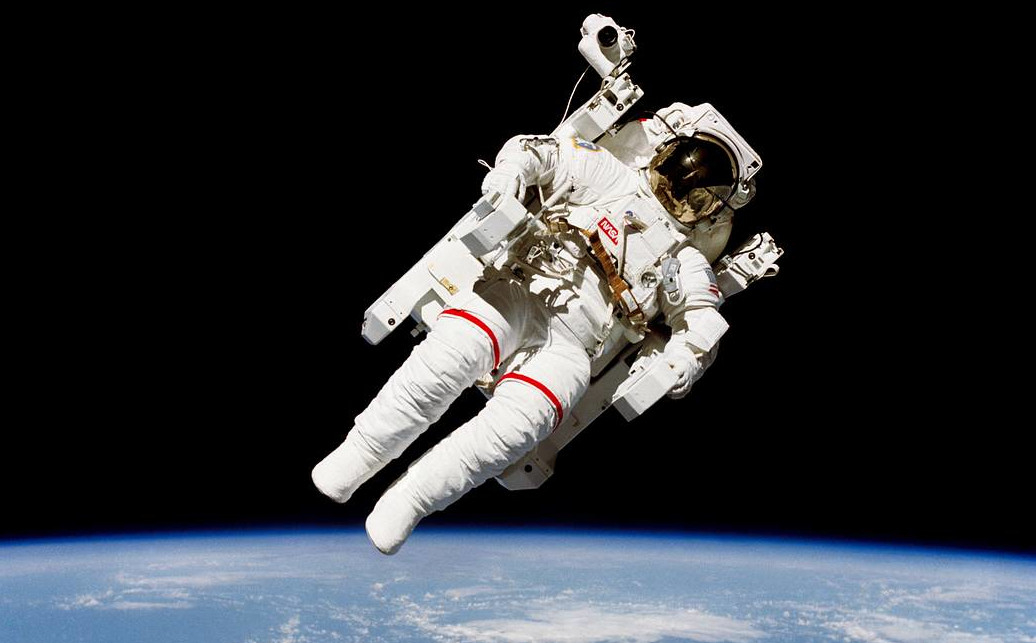 Have you ever asked yourself for truth? I did so in a very general way towards the end of the 2000s. What happened after that changed my life or more precisely my view of the world fundamentally. One topic that came into my life at that time was Theosophy. It took me some time to get closer to it, but when I did, a great astonishment began, which continues until today.

Theosophy is a very broad term that (German) Wikipedia defines as follows: "The word Theosophy (from Greek θεοσοφία theosophía "divine wisdom") is a collective term for mystical-religious and speculative-natural-philosophical approaches...".

When I use the word Theosophy, I am referring to the teachings of the Russian Helena Petrovna Blavatsky (1831-1891), who introduced Eastern esotericism to the West and who could rightly be called the mother of the (now very broadly based) modern esoteric movement. Whereby esotericism (Wikipedia: from ancient Greek ἐσωτερικός esōterikós 'inner', belonging to the inner realm') with Blavatsky is actually understood as the opposite of exotericism, the latter knowledge accessible to a broad mass and not, as is often understood today, esotericism, as a heterogeneous movement of controversial views away from the prevailing materialism (in a philosophical context).

Theosophy in this sense and from my point of view stands for idealism and pantheism, for reason, virtue and spirituality, but above all for a union of science, philosophy and religion within the framework of a universal tradition.

The synthesis of science, philosophy and religion is the subtitle of Helena P. Blavatsky's Magnus Opus, The Secret Doctrine, originally published in 1888 in two volumes, Volume 1 on the subject of cosmology (Cosmogenesis) and Volume 2 on the subject of anthropology (Anthropogenesis). And it is this "union" that I personally consider to be theosophy at its core. In my opinion, only a holistic accumulation of knowledge on several levels, in this case the empirical or sensual level (science), the mental level or metaphysics (philosophy) and finally also on the spiritual or if you like, the level of the soul (religion) can do justice to the holistic human being as well as to a holistic and true view of the world. And in this respect, the esoteric movement of today may be a first but imperfect step in this direction. Blavatsky laid the modern foundation for this Movement of truth-loving and courageous free thinkers, loosely based on the motto of Schiller:

He who does not venture beyond reality will never conquer truth (J. C. Friedrich v. Schiller)

Theosophy is therefore not a religion or even a sect, but can be understood as (a) signpost to the truth. This is all the more necessary in times like these, which Hinduism aptly calls the Dark Age (Kali Yuga), the age of the slow but steady reversal of values into their opposite, i.e. the age of civilizational decline. And so it should come as no surprise that nowadays truth is often branded a lie. Blavatsky in particular and Theosophy or its teachings in general have been and are showered with such a mass of slander and malicious insinuations that their fate must be world-changing.

On the other hand, if one takes the teaching out of its time and Blavatsky out of her socialization, one is concealing the context of a Western society of the 19th century,which, through religion, culture, and science, behave as the master of the world, which subjugated entire nations and continents, in which racial theories and ideologies were not only sprouted but were taught in schools, and which ultimately led to the horrors of eugenics and Nazism via Social Darwinism, which still serves the present system as an ideological foundation, can easily come to the wrong conclusions.

That no misunderstandings arise: I think Blavatsky, and you can tell from her writings or statements, was indeed one of the most humane people of her time. The Theosophical Society, of which she was a major co-founder, has as one of its main objectives to form the core of a brotherhood of mankind, quite irrespective of ethnicity (at that time race), religion, skin colour, gender or origin. That alone was revolutionary enough, in 1875, when this Society was founded, and shows beyond all doubt the Theosophical love of mankind and the idea of brotherhood for which Blavatsky also stands. This society was open to everyone. Nevertheless, there are a few questionable and (from a doctrinal point of view) wrong statements on their part and furthermore, from today's point of view, unfortunate terms that make it very easy, especially for contemporary critics and opponents, to deceive people that theosophists are Nazis, racists, devil worshippers, liars, scatterbrains etc. pp.

And all of this should also be seen against the background that Blavatsky herself often enough pointed out that she was anything but perfect and that her works could therefore not be perfect, as she was also very clear that (then as now) the bearer of unsolicited truths pays with his reputation in public. But what makes the teaching so interesting that it still inspires me like no other work after so many years cannot be explained here in its entirety.

For one thing, it is certainly their overwhelming spirituality. Where the West always and everywhere makes use of reification, where the virgin mother is still regarded as an actual person even in the 21st century, and where even the empirical scientist still wins a measurable curvature from the abstract concept of space, transcendence prevails in Theosophy with Eastern tradition. Thus the virgin mother becomes the pre-cosmic matter or soul, which is set in motion by the hidden spirit (father) to evolve an ego (the son), ergo: spiritual "creation".

On the other hand it is the fact that this doctrine or theosophy does not know any dogma, but changes with the development of mankind, just as the level of knowledge of mankind and its spiritual horizon is constantly expanding. The society that thinks it has reached the end of knowledge is wrong. This was true 2,000 years ago, is true today and will also be true in 2,000 years, etc. In this respect, the standard of truth in the theosophical view is logic, common sense and reason. Blavatsky's teaching is therefore not a finished teaching, but a further step on the path of (spiritual) human development.

This is also evident from the fact that the teaching itself is largely exoteric, although I know of no teaching that expresses esoteric truths in clearer words. The mother of all exotericism, however, are religions. Religions, according to the theosophical view, were created as vehicles, among other things, to dress in metaphors truths and historical events connected with their people, which were not understandable for former humans. Just as the process of the formation of the solar system is not explained to a child in physical terms, but rather in terms of which he, she or it has an understanding, so cosmic or worldly events were explained to early man in understandable contexts of former time. And to interpret religious or philosophical symbolism or related metaphors correctly is an art that leads all too easily astray without esoteric help. Blavatsky was a great help in this and there is an incredible amount to discover in her teachings in relation to various religions or philosophies and to unravel them even today.

It may also be a long tradition, for theosophical writings illuminated the minds of men thousands of years ago and at all times there have been theosophical efforts to promote the progress of mankind. But also the complexity of teaching, which should not be concealed, poses a special challenge to its recipients and can be an encouragement at the same time. Last but not least, it is the mystical origin of the teaching and the universal tradition presented therein that exerts a great attraction, since it takes us back to the time when science, religion and philosophy were unnecessary because of the circumstance that there was also a time when man could intuitively visualize truth because of the spiritual possibility. This universal history makes the visible spectrum of knowledge of the postmodern sciences appear like that of visible light in comparison of the full electromagnetic spectrum known to us today. And it goes so far back not only physically, but also metaphysically and parametaphysically etc.

On the other hand, it should be mentioned here that this knowledge was not imparted to us, that one can think wisely or whose curiosity is satisfied.  This formerly esoteric knowledge was taught to us for the purpose of moral purification. A true theosophist works constantly to integrate the highest ideals into his daily life, because without a spiritual, i.e. virtuous life and the inner struggle that goes with it, from a spiritual point of view no (spiritual) development is possible and from our point of view no progress from the transitory to the imperishable, i.e. spiritual. This is still today one of the least understood circumstances of modern Theosophy according to H. P. Blavatsky even among her followers. Things are developing, but slowly.

After Blavatsky's death in London in 1891, the Theosophical Society gradually fragmented into many individual societies and the teaching was in the course of this process further developed by many not always to their advantage and often also contradictory. I personally prefer independence from societies and the so-called original teaching, i.e. the writings of Blavatsky and her teachers or those of William Q. Judge. Even with this alone, after so many years, I am still at the beginning not only of a deeper understanding, but at the same time at the beginning of a journey that can also be a journey to oneself.

If you want to know what is happening in the world in terms of Theosophy, I recommend my quarterly newsletter reviewing the last three months of free, English-language online publications: https://theosophy.news

Genau - die GL ist weder Dogma noch Offenbarungswissen - allein ein faszinierender Pfad ....der entsteht indem man ihn geht, oder? Herzlich, Rita Steiner Treffpunkt Philosophie e.V. München
Peace to you! I'm from Dnipro (birthplace of H.P.Blavatsky), Ukraine. Are you still waiting for the torchbearer of Truth? The book "Ascension to Truth" is written. The teaching is ready for publication. Please respond! Time is short, we are at war. If there is no answer, I will try to publish the Teaching myself.